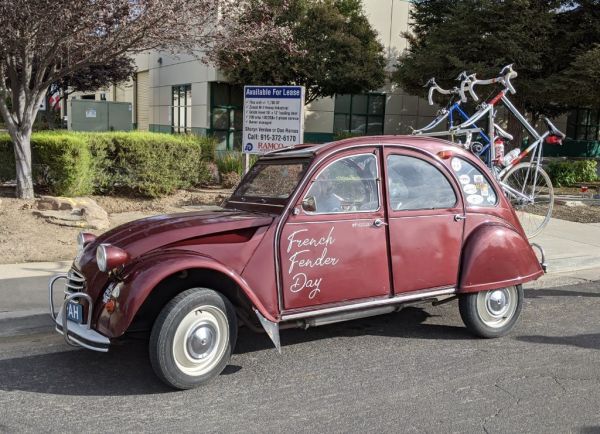 And … just like that, it’s Coffeeneuring Season again, time to kick back and regroup after all the rides of inappropriate distance over the summer. Oh wait, what rides? Even barring the fact that I was going to retire from rando after PBP, I probably still would have done some brevets (just when you think you’re out…) but then the whole COVID thing happened. So ixnay on the brevets, and then one thing and another I haven’t been riding much on my own either.

But anyway, I may be stretching it a bit to use this one, since it was sort of another ride – French Fender Day (virtual)/vintage bikes – and we had It’s-It Cappuccinos (ice cream sammiches) rather than a beverage, but I still want to write it up. For a couple of reasons.

it’s not French, it doesn’t have fenders, but it does have a hand-job and a toe-jam… 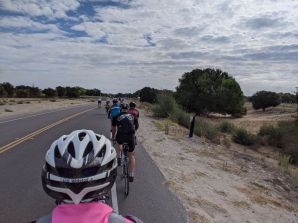 Reason 1: It’s the first group ride I’ve been on since … February. I have been on a few rides with a few other people in that time, but this was the first one going into double digits (maybe 20 something?). Everyone wore masks at the start, and ended up spreading out while on the road, so it seemed pretty low risk. But that was a little weird to have to think about that. And it was just sorta odd being with a group of people – which was sorta odd that it was odd – I mean, that used to be normal. You know what I mean? But then also not odd.

Reason 2: It was the first time Eric and I rode a tandem together! And Eric’s first time on a tandem at all! Randopal Bill was kind enough to loan us his beautiful Ibis Touché. Eric and I had talked about switching off at captain, since I’ve captained before, but it didn’t look like the front seat would work for my short legs (although I didn’t actually try), so Eric spent the entire time at the helm. All things considered, it went pretty smoothly and we had fun. We are still talking to each other, and open to doing it again.

Deb’s mixte of the day

The course was pretty flat, although on one slight rise we did try standing to “climb”, which wasn’t totally successful, but then we didn’t wipe out either, so there’s that. On the way out we mostly poked along at the back, as we were still getting used to the bike, but then on a long straightaway put the hammer down (“Let’s see what this can do!” … “It’s still hard work to go fast.”) and then ended up missing a turn. Hahaha. But, we figured out how to get to the beer stop/turnaround by an alternate route. On the way back we spent more time at the front of a small paceline.

There were actually two other tandems, although one I saw only for a bit at the start – not sure if they were just making a cameo appearance, or peeled off to do their own ride. The couple who did the entire ride had more of a height difference between them, with the woman being the taller, and so she’s always captain. Sounded like they have more experience than us (not that would be difficult), but are still relatively new with it. 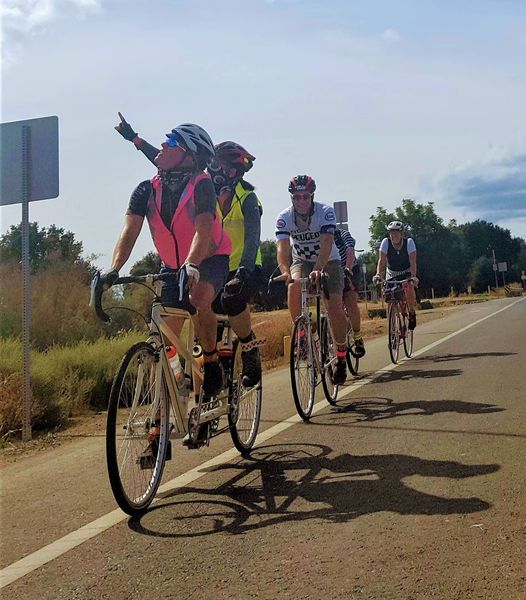